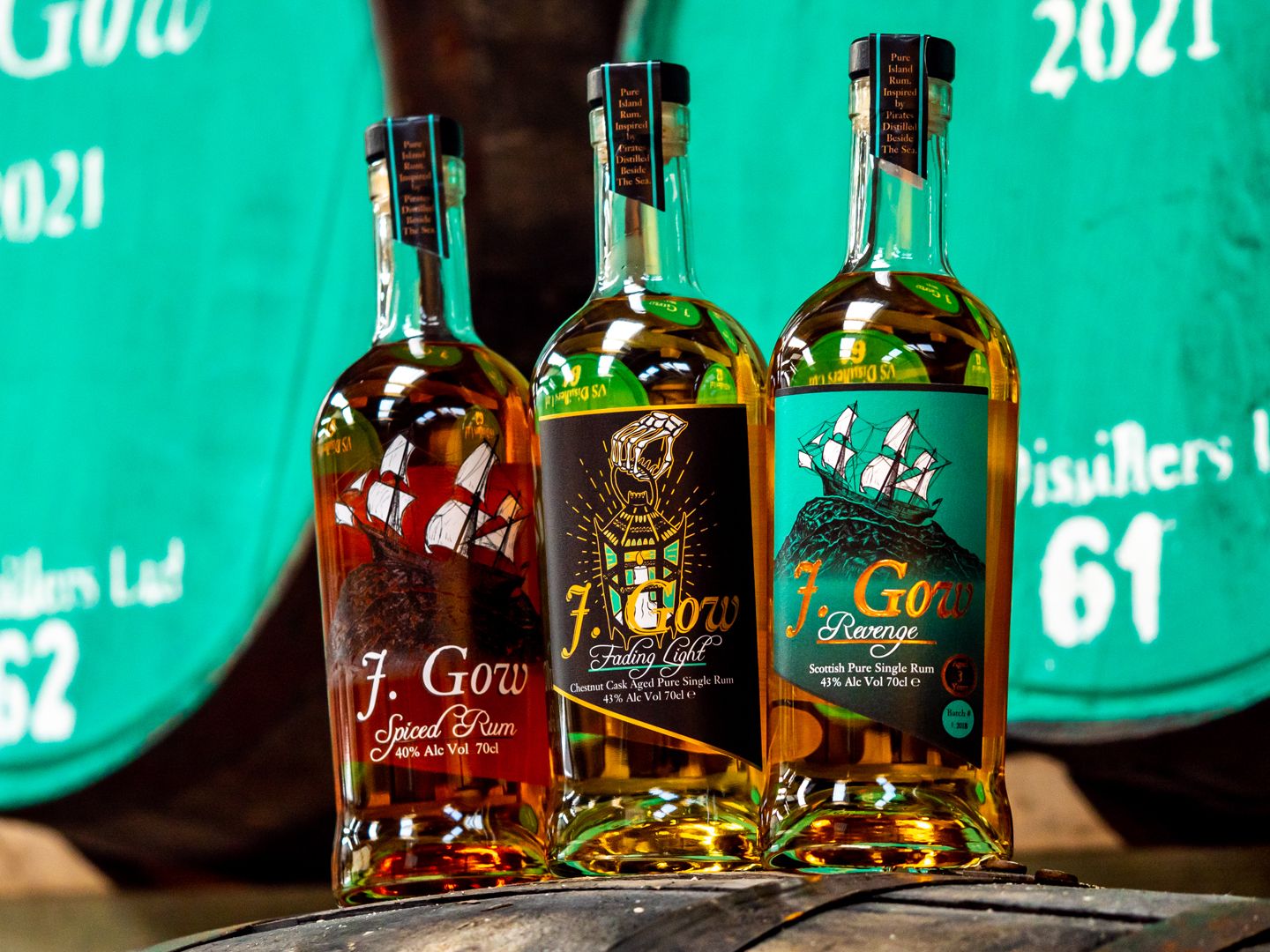 J. Gow Rum takes its name from the infamous Orkney pirate John Gow. His short, violent career began in Amsterdam in the Netherlands and ended in Orkney. He was imprisoned, tried and hung. Not once, but twice, (after the rope snapped the first time) at London’s execution dock on the 11th of June 1725. While the name conjures up images of pirates, it also creates imagery of the brutal seas and rugged coastlines surrounding Orkney.

The rum is produced in Scotland, on Lamb Holm a tiny island (0.15 square miles). Home to the Italian Chapel and connected to mainland Orkney by the Churchill barriers. The distillery sits metres away from the sea. It may well be one of the smallest rum producing islands in the world.